What is the difference between ribeye steak and Delmonico steak?

Many American restaurants serve different types of steaks. Ribeye and Delmonico steaks are highly valued by steak-lovers. But differentiating these kinds of steaks is quite difficult.

The main difference between Delmonico and ribeye steak is that the former is a tough meat cut while the latter is a tender and juicer meat cut.

You May Also Like: Difference between Pancakes and Flapjacks

What Is a Ribeye Steak? 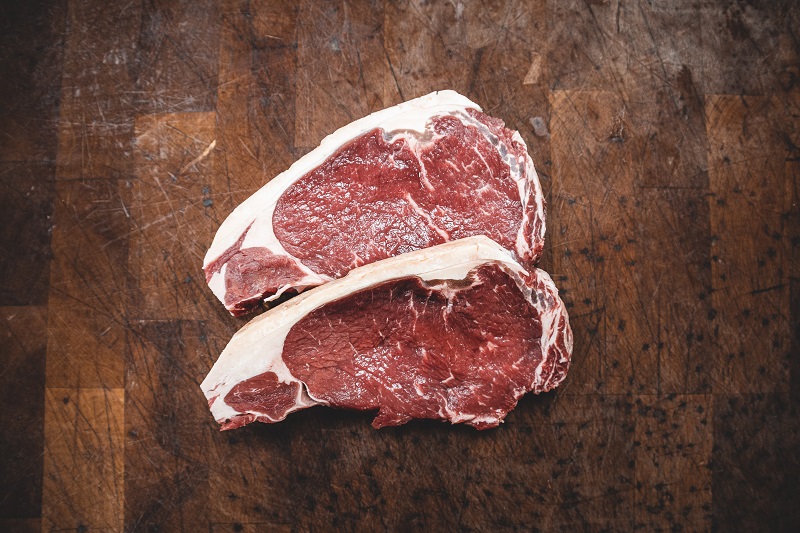 Ribeye steak is a type of meat cut steak obtained from the rib section. It is also known as rib eye meat steak. The most wonderful thing is that the meat cut is tender and juicer when compared to other sections.

The meat section is beefiest and it is highly valued by steak-lovers in the United States of America. The muscles are long and thick with surplus meat on it. It can be grilled or smoked without marinating and adding vinegar.

It is important to note that ribeye steak and rib steak are different. Ribeye steak is boneless while rib steak contains some bones. Ribeye has a deep marbling and a lot of flavors.

You May Also Like: Difference between Sushi and Sashimi

Everything You Need to Know about Ribeye Steak

What Is a Delmonico Steak?

Delmonico steak is a marketing term used by many American restaurants to advertise different parts of meat steaks. It comprises of various meat steaks and not a cooking recipe.

Delmonico steak is also known as New York Steak since it was named after one of the famous restaurants located in New York City.

Most Delmonico steaks are tough and need vinegar to tenderize the meat. Besides that, marination is quite important to improve the flavors of the steak.

Everything You Need to Know about Delmonico Steak

You May Also Enjoy: Difference between Baking Soda and Baking Powder

Similarities between Ribeye and Delmonico Steak

Is Ribeye or Rump Steak Better?

What Is the Most Tender Cut of Steak?

Eye fillet (Tenderloin) is the most tender meat cut from a cow. It is also the most valued meat section and expensive. Tenderloin is a section of a cow that does not undertake a lot of work.

What Is the Best Cut of Ribeye Steak?

Ribeye cap and a tenderloin steak. The meat cut section is flavorful and juicer than other sections. Fat and boneless require high heat cooking methods.

Is Prime Rib the Same as Ribeye?

You May Also Like: Difference between Bavarian Cream and Boston Cream

You May Also Enjoy: Difference between Nigiri and Sashimi

Keep in mind that both meat cuts are quite popular in many American restaurants. But ribeye steak is relatively expensive when compared to Delmonico steak.